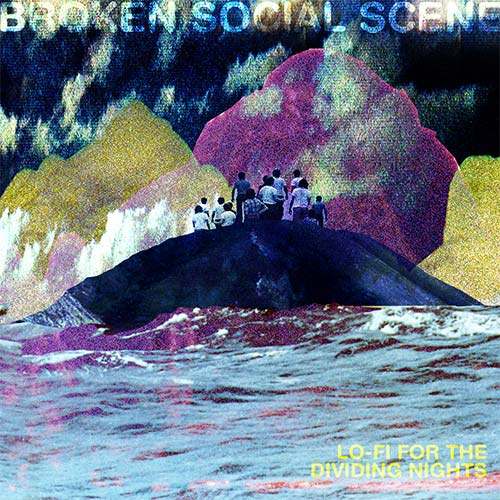 I know that some bands write their songs, rehearse them and then record them. Not Broken Social Scene. In recording Forgiveness Rock Record we did it our usual way: swimming in chaos and making it up as we go along. We started by loosely sketching out 30 songs in my garage, driving to Chicago, recording 20 of those, and then writing 20 more. The point was to never stop working. Whenever we got exhausted or overwhelmed we would take a breath, pick up our instruments and jam purely ‘for spirit purposes’. It was musical-therapy of sorts. Part of what kept the ideas flowing was Soma’s smaller, second studio where we could test out new ideas and experiment with overdubs. While John worked in the main room, this B-Room quickly became our musical kitchen where we cooked up soups of sound without the pressures time and money.

One evening, as a kind of exercise in spontaneity, Kevin, Brendan and I each took turns writing and recording minute-long “songs” with minimal overdubs just to see what would happen. We kept saying to John “we’re making you an EP!” It was a sort of first-thought-best-thought approach to music making. Within a few hours we had six lovely little soundscapes, one of which ended up being the closing song on Forgiveness Rock Record, ‘Me & My Hand’, and the rest became the beginnings of Lo-Fi For The Dividing Nights.

As we continued to work on Forgiveness the B-room became more and more important as both a musical and social outlet – there are a lot of us in Broken Social Scene and it’s hard for us to sit on our hands – so naturally Ohad, Sam and Sebastian each recorded a song in the same spontaneous way. ‘Song For Dee’, the only traditional “song” on Lo-Fi For The Dividing Nights, Brendan, Kevin and I recorded when we found out that our good friend Wayne’s dog died and we wanted to cheer him up.

All of the songs on Lo-Fi For The Dividing Nights were recorded in Soma’s B-Room while Forgiveness Rock Record was being made. What these songs have in common is that they were all written in a spirit of playfulness and fearlessness where we could throw our discrimination to the wind and let the judges and critics take the night off. This tiny B-Room sanctuary fomented a very positive frame of mind, ultimately leading to one of the most enjoyable album-making experiences we’ve ever had. We hope you enjoy listening to these songs as much as we enjoyed recording them.